No items found.
Product is not available in this quantity.

What is Augmented Reality & Virtual Reality? Differences Between AR & VR 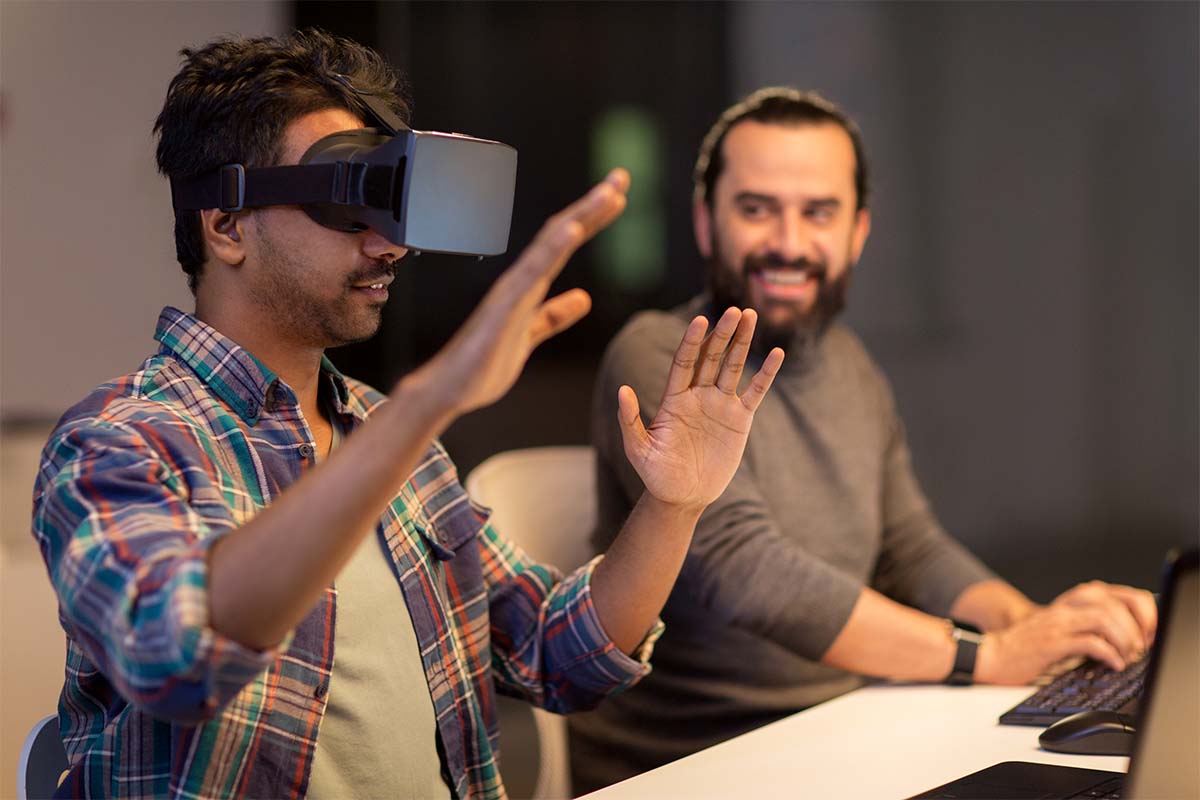 With the advent of the modern era, almost every field of life has evolved in a pretty serious way compared to 20 years ago. We are now at the peak of innovation in science and technology. The advancement in the field of tech is something that is ongoing and has no bounds. Everything we see some new cutting edge innovation in the field of tech. Today we have some of the most fantastic software applications that can help us do several tasks. The advancement of tech and the software world has made our lives more easy and comfortable. With just a click of a button on our cellphone, we can perform multiple tasks at once, which has been possible due to technology.

Another field that has been seen making significant advancements in the technological world is Augmented Reality. Augmented reality is seen as the tech world's future, as it has some fantastic aces up its sleeves. However, a considerable number of people are unaware of the amazing applications that augmented reality can perform. First of all, let us dive into what Augmented Reality or AR is.

What is Augmented Reality?

Augmented reality is when you interact with the real-world environment. However, there are enhancements in the objects of that real world. These enhancements are made by computer-generated information, or in some cases, using sensors such as auditory, haptic, and visual.

Augmented reality is basically the use of computer technology to increase the visuals and other information in the real-world environment that you interact with. Now you might think AR is something very futuristic. While that is true, the concept of AR itself is back from the 90s. The first AR systems were developed back in the 1990s at the Armstrong Laboratories to use the U.S army. Entertainment and gaming were the first two sectors for which AR was introduced commercially. Though the AR is an old concept, the modern advancement in tech has made it possible to take AR to the next level.

Most people confuse augmented reality with virtual reality and cannot differentiate between the two. Although they may appear pretty much the same by just looking at the names, they are different somehow. Augmented reality, as we just explained, is in which the animations and other computer-generated information is added to the already existing environment that we are already interacting with. Whereas in virtual reality, the information is not added in a pre-existing environment; rather, the whole atmosphere is replaced with an animated environment. The virtual reality completely shuts off the external world for a person and puts him in an artificial computer-generated world.

Several amazing apps use augmented reality to enhance the user experience. The AR apps are meant for fun and entertainment, but they can often be really helpful and productive. We have come up with some of the best and top-rated apps that using augmented reality.

Houzz is a fantastic app that acts as a platform to sell and buy online furniture for your home and office space. Houzz is one of the top interior designing and layout apps that uses AR to assist the users. Primarily the app was intended to help improve the house interior but now has the option to sell and buy stuff as well.

Houzz has a feature named "View in My Room". In this feature, you can select a product from the list of items being sold, and the augmented reality would 3d scan the image of the room you want to place that furniture in and show you how it would look.

Ikea place is another great app that uses augmented reality to help improve your house's interior design. Using the augmented reality, the app would scan your room, and you can place a piece of furniture from the Ikea inventory and check out how it looks. The Ikea place also gives suggestions as to where the specific table would look more appropriate in your room.

Google Lens is one of the top augmented reality using apps. The apps aim to enhance the search experience of the users. This app's primary reason is to create ease for the users and help them get more instant information. With Google lens, you just have to open the app and aim at a particular object. Using the AR technology, it can quickly identify the item and present it to you with all the necessary information related to that product. The app also recommends several places where you can get that product from.

Most people take Snapchat as a popular social media platform among young users; however, little people know that Snapchat uses augmented reality in a big way. The fantastic yet funny filters that you see in the app are a result of using augmented reality. The filters add animated effects to your face (real environment), which is exactly what augmented reality does.

Wanna Kicks is a fantastic app that portrays a great concept. When buying shoes, people are often unsure about how they would look in them. Do they even suit them, or are they just a waste of money? Well, Wanna Kicks solves this problem with their great augmented reality embedded app that presents a visual representation of how a particular pair of sneakers would look on your feet. The app uses augmented reality to 3D scan your footprint and allows you to choose the sneakers you like, after which Wanna Kicks would show the visual representation of how the selected sneakers would look on your feet from different angles.